Full Name
Herr Christian Koch
Job Title
CEO
Company
Scandio GmbH
Speaker bio
Christian Koch, Co-founder, and CEO at Scandio holds a degree in Computer Science. He began his IT career at Softlab (1990 – 1994) as a developer in service & support and sales control while he was completing his studies of computer sciences at the Munich University of Applied Sciences.

In 1994 he co-founded 2CK Software. As a managing partner, Christian Koch was responsible for sales & marketing and product management. Following the acquisition of the company by Gauss Interprise AG in February 2000, he became responsible for services and joined the management board of Gauss Interprise Consulting AG. From January 2002 to the middle of 2003, he was in charge of Operations as COO of evodion AG and COO of evodion Information Technologies GmbH & Co KG.

Since founding Scandio, he has been responsible for Marketing and Sales as well as Recruiting. 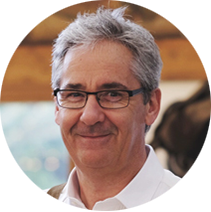