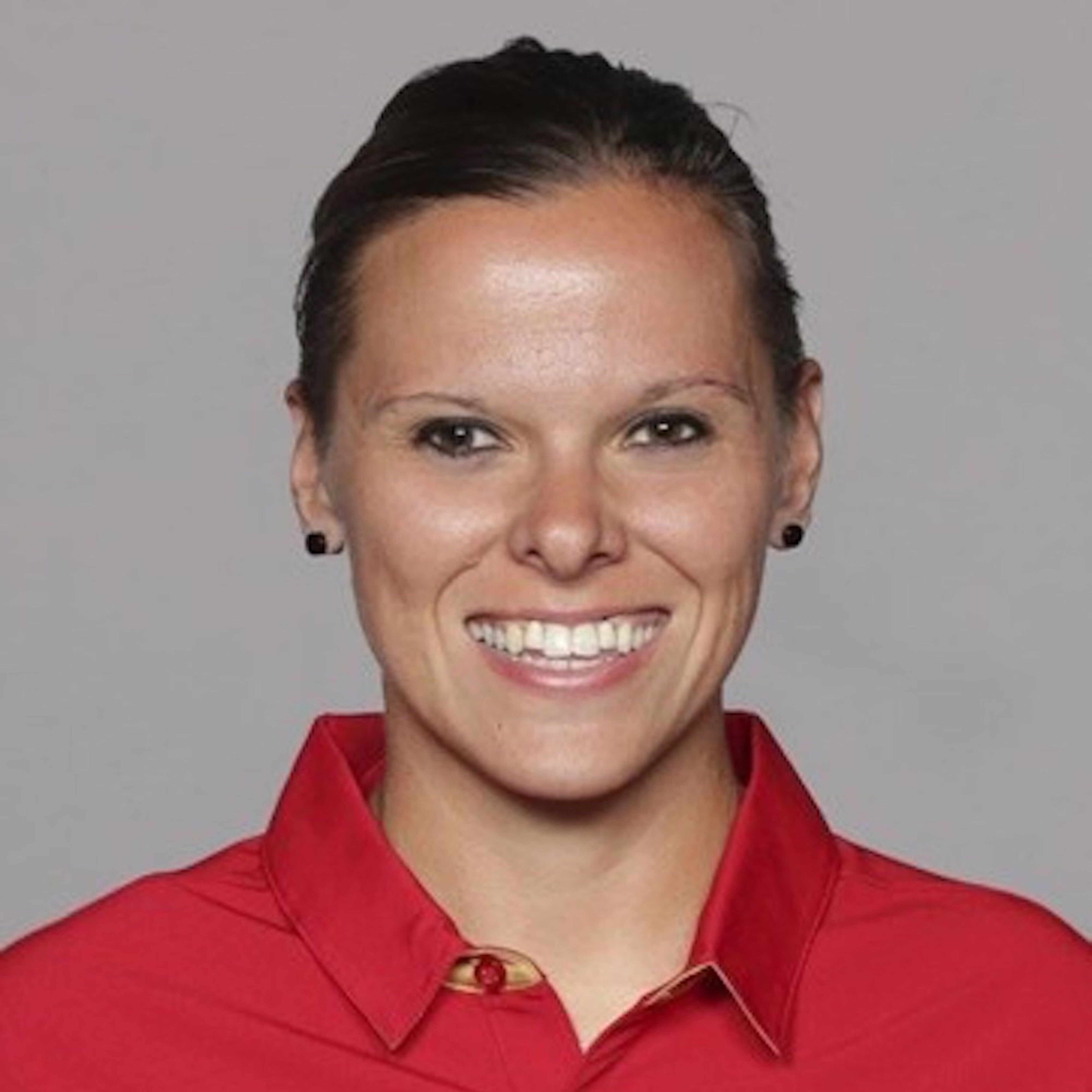 Katie Sowers
First Openly LGBTQ+ coach in the NFL
Katie Sowers was the second woman to hold a full-time NFL coaching position and the first openly gay coach in the NFL. Katie spent six seasons in the NFL and four as an offensive assistant with the 49ers, working primarily with the wide receivers. Katie started her NFL career with the Atlanta Falcons after spending five years as the athletic director of the City of Kansas City. Katie has competed at the highest level of women's tackle football, playing in the WFA (women’s football alliance) for eight years and being selected as a member of the United States Women’s National Football Team in 2013. Katie has a master’s degree in kinesiology with an emphasis in pedagogy from the University of Central Missouri.

Katie is listed as one of the 100 Most Influential Women in Sport by Sport360 and won the 2019 Rising Star Award from The Sports Power Brunch: Celebrating the most Powerful Women in Sports.  She was Outsports’ 2017 Female Hero of the Year and named in the Bleacher Report Power 50. In addition, Katie has been featured in several publications and magazines, such as ESPN, USA Today, NFL.com, Forbes, and Outsports.
Speaking At
Modern mindsets to reduce burnout and facilitate growth
Close